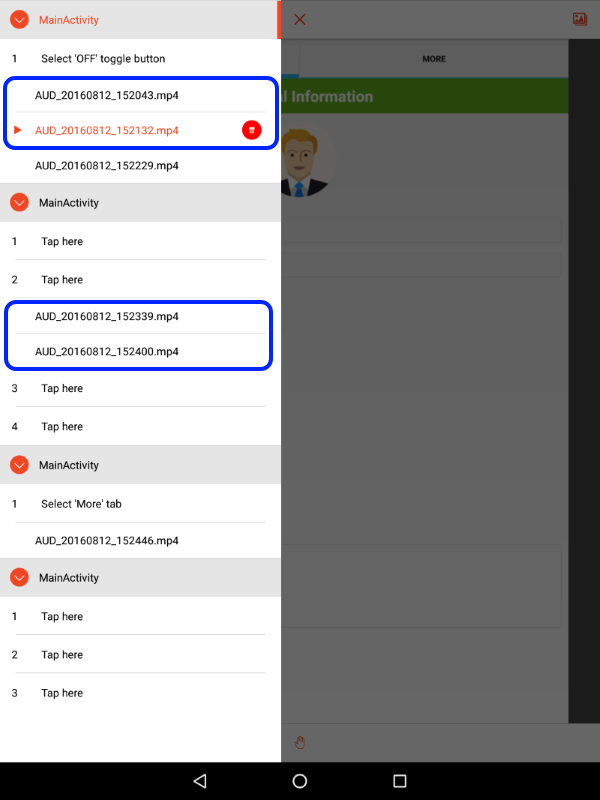 Follow below steps to record audio(s) when you are in the middle of a recording session: